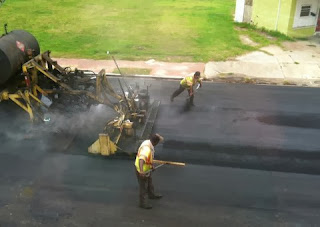 Union Hill resident, Ann Wortham has the skinny on the street re-surfacing now happening in our neighborhood: 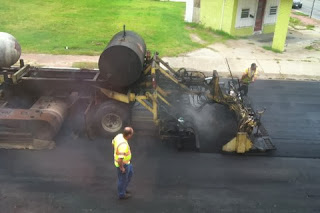 Popular posts from this blog

The Union Hill Civic Association met on December 6, 2017 at the Tricycle Garden Headquarters. The Officers and 22 members were present. John Gerner opened the meeting at 6:30 with a welcome to the members and guests.

Introductions included: Adam Zimerli, the new Manager of the 25th Street Library, who introduced himself and encouraged folks to become engaged in the activities at the Library.
John Johnson also briefed the group on the upcoming Church Hill Association Holiday Festival which consists of the “Candlelight Walk” and the “Annual Historic House Tour” on the weekend of December 9-11.
Bill Conkle, President of the Friends of Jefferson Park (FOJP), was unable to stay for the meeting but shared his intent to be in contact with the Sector’s new police officer, Lt. Roane, in regards to the issues at Jefferson Park.  He also indicated that FOJP are continuing to work with Park and Recreation Department to address ongoing park mainte…
Read more